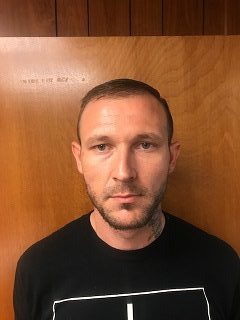 (Stillwater, Okla.) — A former Stillwater man and a teenaged girl, who lives with him in Tucson, Arizona, have been charged with drug and gun offenses following their arrests by Stillwater police on March 31.

Darren Burns Harmon, 32, was arraigned Thursday from the Payne County Jail where he was being held on $100,000 bail on charges of possessing a chamber-loaded Ruger 9 mm handgun after a prior felony conviction, and having heroin along with drug paraphernalia.

Kira Jean Jones, 19, was also arraigned Thursday from the Payne County Jail where she was being held on $50,000 bail on charges of possessing the drugs, black tar heroin and oxycodone with the intent to distribute, and having a Raven Arms .25 caliber handgun during the commission of a drug crime.

The pair were ordered to appear in court on Monday when they can seek a preliminary hearing on their felony charges.

At the time of his March 31 arrest, Harmon was already on probation for stealing a Stillwater man’s set of wedding rings worth $3,584 and then pointing a pistol at him in 2017, court records show. When Harmon pleaded guilty to both charges in 2018, he was given a five-year suspended sentence for the theft and an eight-year suspended sentence for pointing a gun at the ring owner.

Harmon was ordered to pay restitution, have a substance abuse evaluation and undergo random drug tests as conditions of his probation, which a Payne County judge ruled he violated before revoking his sentence to 90 days in jail in 2019.