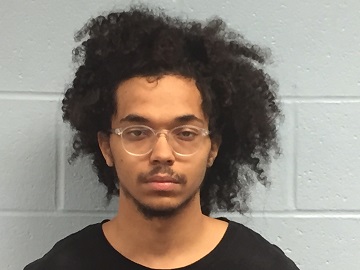 (Stillwater, Okla.) — A Stillwater woman told a Payne County judge that a 17-year-old boy, whom she regarded as one of her children, fatally shot her boyfriend in the family home after the couple had a loud argument, according to preliminary hearing testimony last week.

The youth, Coryon Maryell Lauray Thomas, has been charged as an adult with first-degree murder and ordered held without bail in a juvenile facility in the slaying of Mandrale Alexander Henry, 26, who was shot once in the right side of his back with a 20 gauge shotgun, First Assistant District Attorney Kevin Etherington said.

After the prosecutor charged Thomas in the alternative with first-degree manslaughter, defense attorney Virginia Banks filed motions to have the teenager treated as a juvenile or youthful offender. Special District Judge Katherine Thomas has scheduled a Feb. 26 hearing to consider that issue.

The victim’s girlfriend, Brittany Gentzler, testified, “Cory was standing in my hallway. I could only see the barrel,” before the shooting at about 4:15 a.m. on Nov. 10, 2019.

She said the couple’s eight-month-old baby was on their bed — while she was sitting on its edge and her boyfriend was kneeling in front of her.

“All three of my kids were standing in the doorway. I looked over and Cory was standing there. I turned my head to look at Mandrale. Mandrale was still on the floor facing me,” she testified.

When she heard the shot, “I yelled ‘what the f… are you doing, Cory.’ I said ‘what is wrong with you,'” she testified. She said she did not know why the teenager shot her boyfriend, who had moved back into the house three months earlier.

“I called 911. I was literally running in circles and screaming. He was still breathing,” as the 911 operator was telling her how to do CPR, she testified. Her boyfriend, with whom she had an on and off relationship, died after being transported the Stillwater Medical Center, police said.

The victim’s girlfriend said she had gotten upset when she saw messages on his cell phone: “My feelings were hurt. I was crying.”

She said she considered the 17-year-old, who helped with the baby, as one of her children; she said that the teenager’s father was her ex-boyfriend, with whom she had another child.

Asked on cross-examination if she would be surprised to know that her children said that she and the victim had a violent relationship and that he had punched a hole in the wall several months earlier, she testified, “Mandrale has never touched me.”

When the teenager was interviewed by police at 11:40 a.m. that day, Thomas said that he was living at the couple’s house, according to an affidavit by Stillwater Police Officer Kyle Bruce.

About 9 p.m. the night before the slaying, “Thomas went to sleep in the living room after smoking three bowls of marijuana. Thomas said he smokes every night before he goes to sleep,” the teenager told police, according to the affidavit.

After waking up to the noise of a fight, “Thomas said his siblings were yelling for help. Thomas immediately went to the garage to retrieve a shotgun because he was concerned for his mother’s safety. The shotgun was stored on the floor under a disabled van parked in the garage. Once the gun was retrieved, he sat inside the vehicle where the shells for the shotgun were stored and loaded the gun with four rounds,” the teenager told police, the affidavit alleged.

As he was sitting in the vehicle, the woman he considered to be his mother ran into the garage and was yelling to help her, the teenager told police, the affidavit alleged.

“Thomas described Henry as kneeling with his right hand under the bed and his ribcage area exposed to Thomas,” who pulled the trigger and shot him, the affidavit alleged.

“Thomas stood at the door to see if Henry would respond in an aggressive manner. Thomas took the shotgun outside to keep it from the children, and then returned to assist Gentzler provide aid,” he told police, the affidavit alleged.