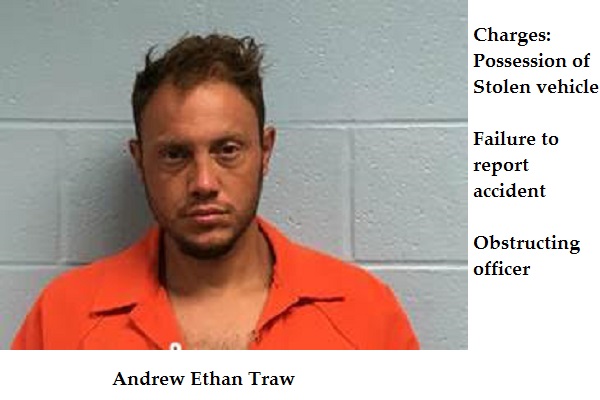 (Stillwater, Okla) — On August 5, 2022 at 1:46 a.m., Stillwater Police Department (SPD) responded to 2400 E. 7th in reference to a vehicle accident. It was reported that a vehicle had just struck a trailer house and the driver was trying to leave.

As officers arrived on scene they located an unoccupied 2021 Jeep Gladiator in front of a residence in the 2400 block of East 7th. The vehicle was damaged as well as a nearby trailer. Officers spoke to witnesses and collected information about the suspect that fled on foot.

Officers contacted the registered owner of the Jeep and were able to confirm that the vehicle had been reported stolen from Absolute Storage at 2305 E. 6th.  SPD Officers responded to the storage facility and located another vehicle in the parking lot that had also been vandalized.

At 3:14 a.m. SPD Officers were in the area of 500 S. Jardot and observed a subject matching the description provided to officers. As officers attempted to contact the male subject he fled into a wooded area. SPD Officers set up a perimeter and were waiting for assistance with a K9 to locate the suspect. The suspect was located shortly after by officers. The suspect was identified as Andrew Traw.

Traw was arrested and transported to the SPD Jail. This is an arrest, not a conviction.