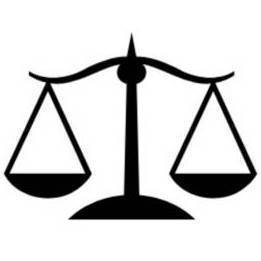 (Stillwater, Okla.) — A Stillwater man has been charged with throwing a cell phone at a female relative who was hit in the eye, interfering with an emergency call, and trespassing at another female relative’s residence — six weeks after he was placed on probation for striking a man in the face with a pistol.

Devin Tereze Thompson, 21, who had been sought for a month before he was arrested, has been ordered to appear in court on Sept. 3 with an attorney on a three-count charge, court records show. Thompson remains free on $10,000 bail.

The victim “was very upset and in pain and told me she was having blurred vision in her left eye,” when Stillwater Police Officer Eric McKinney arrived on June 23 at a house where she was helping to care for her sister, who had just had surgery, according to his affidavit.

The victim said that Thompson walked straight back to her sister’s bedroom and asked where his gun was — “reassuring her that it was legal,” the affidavit alleged.

She said “at one point Devin (Thompson) ‘got in her face’ and began yelling at her asking her what she was going to do,” the affidavit alleged.

When the victim said she was going to call police and picked up her cell phone, as she was attempting to dial 911, “Devin jerked the phone out of her hand and started walking out the front door,” the affidavit alleged.

The victim said “she grabbed a golf club, that happened to be right where she was, for protection and she walked after Devin and attempted to take the phone out of his hand,” the affidavit alleged.

The victim said “they wrestled somewhat for it before Devin pulled away, took a step back and wound up like he was a pitcher with a baseball and threw (her) cell phone at her as hard as he could,” the affidavit alleged.

The cell phone struck the victim near her left eye, but closer to her left temple, the affidavit alleged.

“At that point, the two people, who were with Devin, pulled him away and said they needed to leave before the cops showed up,” the affidavit alleged.

The victim said “Devin is not supposed to be over at this residence and he has been arrested twice for trespassing over the past few weeks,” the affidavit alleged.

After the officer made sure the victim need not need an ambulance, he spoke to her sister, who said “she recently had surgery and did not want visitors because she was scared of getting infections,” the affidavit alleged. She said she had no idea where the gun was, the affidavit said.

The witnesses said they saw the defendant and the victim at the front door when the defendant threw something at the woman, who was struck in the head, the affidavit alleged. “Devin and two other subjects left the scene in a black pickup truck. I attempted to locate Devin; however, I was unable to find him,” the officer wrote in his affidavit.

Six weeks earlier, Thompson had been given a seven-year deferred sentence except 90 days in jail, with credit for time already served, for hitting a man in the face with a pistol on Nov. 3, 2016, in Stillwater, court records show. In that felony assault and battery with a dangerous weapon case, Thompson was ordered to undergo random drug tests, have a substance abuse evaluation and complete any recommended follow-up treatment.

Thompson had also been charged with threatening to shoot an ex-girlfriend and two other women, as well as confining all three against their will on Sept. 26, 2018. One of the women said, “Thompson was threatening to kill them, beat them and shoot them,” the affidavit alleged. Thompson was originally jailed on $50,000 bail, but all charges were dropped against him less than three months later, court records show.