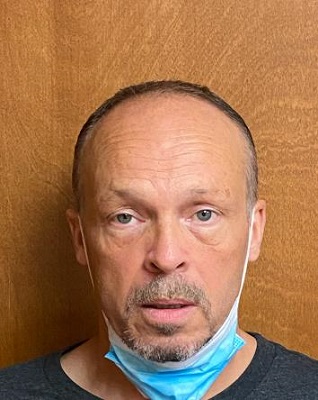 (Stillwater, Okla.) — An ex-convict, who listed his address as a post office box in Stillwater, has been jailed on $150,000 bail pending a Nov. 7 court appearance on three separate charges of trafficking a large amount of methamphetamine in Stillwater since his release from prison in May.
Larry Wayne McCann, 56, could be given four life prison terms plus $350,000 in fines if convicted of all of his charges including receiving $10,645 from drug sales in August.
After his latest arrest following a traffic stop in Stillwater at about 9:30 pm on Sept. 28, “McCann claimed he is an addict and that he uses methamphetamine regularly. He stated that he gives people methamphetamine in return for a place to stay or for their friendship.
“During the interview, McCann became angry and told us that he has spent nearly $200,000 on methamphetamine, vehicles, money forfeitures and bond money,” Stillwater Police Officer Adam Elliott alleged in an affidavit filed last week.
McCann’s vehicle had been searched on Sept. 28 after a K-9 indicated the presence of the odor of illegal drugs coming from inside the vehicle, the affidavit alleged.
“As I began a search of the vehicle, McCann became angry that we were going to search his vehicle and accused me of harassing him. Upon searching the center console, I located three clear plastic screw top containers,” that contained a total weight of 32.3 grams of methamphetamine, the officer alleged in his affidavit.
“Prior to being placed in my patrol unit, I searched McCann’s person. In his left front jeans pocket was a large, folded bundle of US currency. He had 19 $100 bills, 115 $20 bills and one $5 bill, for a total of $4,205. Due to McCann using his vehicle to traffic CDS, it was seized for forfeiture,” the officer alleged in his affidavit.
Regarding his drug history, “McCann was arrested on Aug. 3, 2022, by the Stillwater Police Department Special Projects Unit for trafficking CDS. He was able to bond out of jail and quickly began living the same lifestyle that got him arrested.
“McCann was arrested again on Sept. 7, 2022, for trafficking methamphetamine, which was packaged in the same style clear plastic screw top containers as the methamphetamine seized on this date (Sept. 28, 2022). McCann was again able to bond out of jail and again continued with the same criminal behavior,” the affidavit alleged.
According to Payne County court records, McCann had been convicted in March of 2020 of possessing a firearm after a former felony conviction and having a drug with intent to distribute, for which he was initially given a six-year prison term with the balance to be suspended on completion of a drug program in custody. That sentence was modified eight months later to Drug Court, but he absconded from in-patient treatment and Drug Court — from which he was terminated in May of 2021 when he was given a five-year prison term, but he only served one year.
McCann had also been convicted in Payne County of forgery in 2013 and drug possession as well as domestic abuse in 2016, according to state Department of Corrections records.