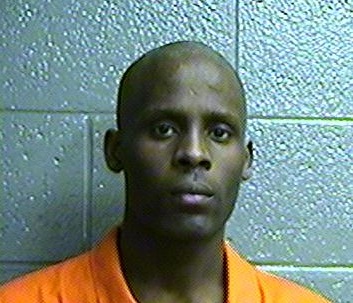 (Stillwater, Okla.) — A Stillwater man has been jailed on $25,000 bail pending his arraignment today on a charge alleging he abused or allowed others to abuse his 4-year-old son by punching, kicking and whipping the child, who had substantial bruising over his entire body, court records show.

Due to his criminal record, Jeremiah Tobiah Allen Sr., 30, who is 6’6″ and weighs 220 pounds, could be given a sentence of 10 years to life in prison if convicted of child abuse after a former felony conviction.

The alleged abuse of his son occurred less than five months after Allen was released from prison where he served about one year and eight months of a seven-year sentence for drug possession with intent to distribute, state Department of Corrections records show.

The 4-year-old’s mother reported that Allen “had been threatening to ‘beat the child’s ass,'” Stillwater Police Detective Mary Kellison alleged in an affidavit filed in court records last week.

Allen’s current girlfriend “had come outside to speak with the child’s mother and made similar threats to ‘beat the child’s ass,'” the affidavit alleged.

When Allen was contacted at his residence on Aug. 8, according to officers he “became very animated and paced back and forth on the porch,” the affidavit alleged.

A state Department of Human Services child welfare specialist told Allen that she needed to come inside the house and check on the boy, the affidavit alleged.

“According to officers, (the 4-year-old) was sitting very quietly in a chair in the living room,” the affidavit said.

“Immediately officers noticed (the child) had a blacked right eye, fresh bruises on the side of his left forehead, dark bruising on his face and both arms. Lt. Bell documented he could even make out several bruises around (the child’s) ankles,” the affidavit alleged.

The bruising was so severe that the child welfare specialist told Allen she had to take the boy to the hospital “to have his injuries examined in an attempt to determine their cause and if he had any other serious injuries like fractures,” the affidavit alleged.

When the boy was taken on Aug. 16 to the Saville Center for a forensic interview, he “disclosed that he didn’t want to go to his dad’s house ever again,” the affidavit alleged.

“At the conclusion of the forensic interview, we were able to determine the injuries (the 4-year-old) had were perpetrated by his dad, Jeremiah Allen Sr.,” the detective alleged in her affidavit.

According to the state Department of Corrections, Allen had previously been convicted in Payne County of:

* drug possession with intent to distribute in 2013, for which he was originally given probation that was revoked in 2017 to a seven-year prison term of which he served about one year and eight months prior to his release in March of this year;

* possession of marijuana with intent to distribute in 2016, for which he was originally given probation that was revoked in 2017 to a concurrent seven-year prison term of which he served about one year and eight months;

* possession of marijuana with intent to distribute on another occasion in 2016, for which he was given in 2017 a concurrent seven-year prison term of which he served about one year and eight months, followed by eight years of probation.