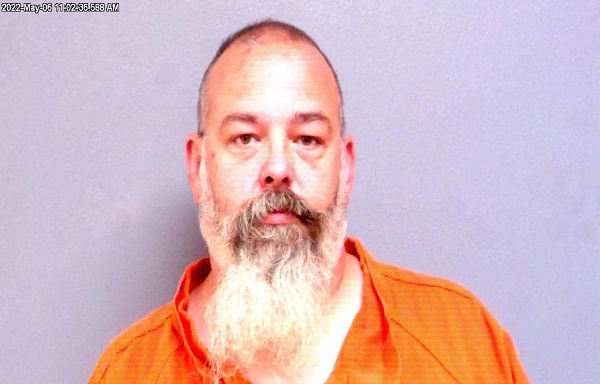 (Stillwater, Okla.) — A 44-year-old Stillwater man remains jailed on $100,000 bail pending a June 6 court appearance on charges of sexually assaulting a 6-year-old relative in the shower while she was spending the night at his house.
If convicted of raping the child by instrumentation, William V. Aldridge III could be given a prison term ranging from five years to life without parole. If convicted of four counts of lewd molestation, Aldridge could be incarcerated for as long as 80 years, court records show.
The alleged sexual abuse came to light this month after the child’s mother reported to police that the 6-year-old “was unusually quiet and did not want to talk much about her stay,” when she picked her up, according to an affidavit by Stillwater Police Detective Mary Kellison.
About eight hours later, the child told her mother that Aldridge “had sexually assaulted her while she was taking a shower,” the affidavit alleged.
The child said that Aldridge “told her to keep it a secret,” the affidavit alleged.
During a forensic interview, the child said she couldn’t say anything to Aldridge “because she was scared,” the affidavit alleged.
In a pediatric examination, a nurse found signs that were consistent with sexual abuse, the affidavit alleged.