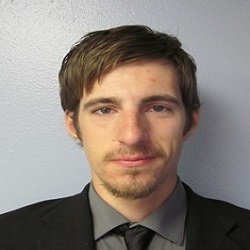 (Stillwater, Okla.) — A Stillwater man on probation for possessing marijuana has been jailed on $75,000 bail pending his arraignment today on charges of trafficking fentanyl and possessing heroin with intent to distribute in Stillwater on April 27.

If convicted of his latest charges, Sean Michael Keller Nelson II, 31, could be given a prison term of 10 years to life for trafficking more than one gram of fentanyl and up to seven years for possessing heroin with intent to distribute, plus fines of up to $200,000.

According to Payne County court records and the state Department of Corrections, Nelson has a history of domestic violence, drug possession and property crimes.

Nelson was sent to prison in February of 2011 to serve 10 years for possessing marijuana in the presence of a child in 2010, six concurrent seven-year terms for six second-degree burglaries in 2010, two concurrent five-year terms for possessing stolen property and conspiracy in 2010, and a concurrent three-year term for domestic abuse by strangulation in 2009 — all with the balance to be suspended on completion of the Bill Johnson Drug Offender Work Camp, which he finished in May of 2012, DOC records show.

A year after he got out of prison, Nelson was charged with possessing stolen property and false personation, for which he was given two concurrent five-year probationary sentences in 2015.

That year, Nelson was charged with possessing marijuana in 2015, for which he was ordered into the Payne County Drug Court program that he completed in 2018 when he was given a five-year probationary sentence on which he remains.