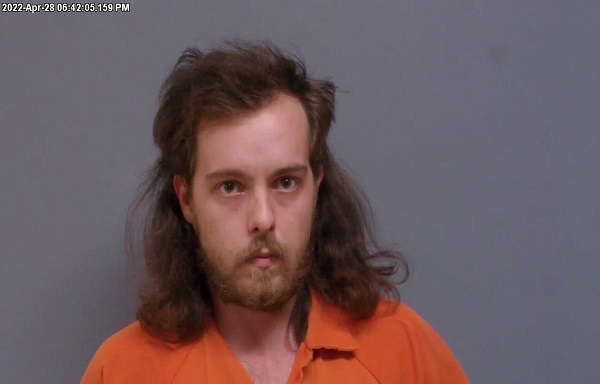 (Stillwater, Okla.) — A 25-year-old father accused of abusing his baby at the family’s rural Stillwater home on Eden Chapel Lane has been jailed on $250,000 bail pending a June 6 court appearance at which he can seek a preliminary hearing.
If convicted of injuring his 4-month-old daughter, Alexander Martin Kloster could be given as much as a life prison term, according to the felony charge filed by Payne County Assistant District Attorney Erica Garuccio last week.
Kloster was arrested on April 29 at a Tulsa hospital to which Payne County Sheriff’s Investigator Tomm Edwards and state Department of Human Services employee Denise Armstrong were sent on a “priority one child abuse call,” an affidavit alleged.
Dr. Garrett Jones said that the infant “had been admitted to the hospital to determine why she was not gaining weight,” the sheriff’s investigator wrote in his affidavit.
The pediatric physician discovered that the baby “had a fractured right radius, fractured right ulna, fractured right tibia, fractured fibula, and a midline subdural conjunctive hematoma bleeding in the right eye, and a bruise to the left cheekbone,” according to the affidavit.
Dr. Jones said that the injuries were less than a week old and consistent with “shaken baby syndrome,” the affidavit alleged.
When the sheriff’s investigator interviewed the infant’s father at the hospital, “Initially, Alex stated that he had no idea what had happened and would not ever hurt (the baby) on purpose. While speaking with Alex, he stated he had not been sleeping well and he takes care of the kids while his wife is at work,” the affidavit said.
Asked if taking care of the children was stressful, “Alex stated sometimes when (the baby) is fussing and crying, he gets stressed and feels bad about himself because he doesn’t have a job and can’t take care of his family,” the affidavit alleged.
After the sheriff’s investigator asked the father again if he could explain the baby’s injuries, “Alex stated that it probably happened one time when he had to change diapers one right after the other because (the baby) just kept getting them dirty. Alex stated he could have grabbed her too hard in order to change her.
“I asked Alex again if that is what happened — did he grab (the baby) to change her diaper and hurt her. Alex stated that is the only thing that could have happened, and he didn’t mean to hurt,” her, the sheriff’s investigator alleged in his affidavit.

No information about the baby’s current condition was available, except that she has been discharged from the hospital, the sheriff’s spokesman said.