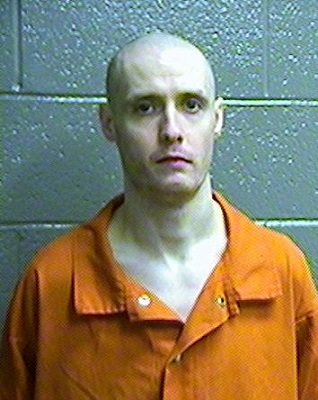 (Stillwater, Okla.) — A jury trial suddenly ended when a reputed high-ranking member of the Irish Mob prison gang admitted to participating in a conspiracy to traffic methamphetamine in Stillwater, court records show.
Payne County District Judge Phillip Corley ordered Korey Lee Smith, 33, who was already in custody, to remain jailed without bail pending his sentencing on July 8.
The day after his trial began on May 24, Smith, who has also been known as Korey L. Kruta, pleaded guilty to two felony charges without an agreement with the prosecution regarding his penalty, court records show.
Smith could be given a life prison term plus a $200,000 fine for conspiracy to commit drug trafficking by driving to Oklahoma City to pick up more than 20 grams of methamphetamine and bringing it back to Stillwater on Nov. 28, 2020. He could be given a 14-year prison term and a $100,000 fine for possessing the drug with intent to distribute on Dec. 3, 2020.
Stillwater Police Officer Josh Carson received information on Dec. 3, 2020, about an individual known as “Lil Korey” who was staying in different hotels and selling methamphetamine in the Stillwater area, according to his affidavit.
“The information I received stated ‘Lil Korey’ is a high-ranking member of the Irish Mob prison gang and was released from state prison approximately 13 days ago,” Carson wrote in his affidavit that was filed on Dec. 9, 2020.
“I was also told ‘Lil Korey’ was dealing in firearms and was recently in possession of a Remington Model 700, .270 caliber rifle,” which was consistent with information the officer received over the last week from two other individuals, Carson wrote in his affidavit.
“Through my investigation I was able to identify ‘Lil Korey’ as Korey Lee Smith. Korey was released from state prison on 10/26/20. Korey is entered into NCIC as a violent offender and has a lengthy criminal history,” the Stillwater officer wrote in his affidavit.
After it was confirmed that the tag on the vehicle Smith was driving did not return to the correct vehicle, a traffic stop was conducted at Hall of Fame and Farm Road, the affidavit said.
Smith’s girlfriend told the officer that they had just left a motel on W. 6th Street, according to the affidavit. Smith told police there was a small quantity of methamphetamine in their room, the affidavit said.
“During a search of Korey’s person, a large sum of cash was located in his wallet. The money was in different denominations and looked and appeared like a ‘dealer wad.’ Korey had $1,050 in cash on his person,” the affidavit said.
When their motel room was searched, a large zip-lock gallon bag was found with residue inside, but only a small amount of the drug left, the affidavit said. “Methamphetamine packaging material and scales were located along with paraphernalia use to ingest methamphetamine. It was obvious Korey was in the business of selling drugs,” the affidavit said.
The Stillwater officer drove to a residence of one of Smith’s alleged co-conspirators, who said “he met Korey in the Payne County Jail,” where they were cellmates, the affidavit said.
Korey Smith was in the Payne County Jail awaiting trial for a murder that occurred in the Cimarron Correctional Facility in Cushing, the affidavit said. His former cellmate said “Korey was storing firearms at his house. (He) stated Korey was a high-ranking member of the Irish Mob, and he was scared to tell him no,” the affidavit said.
During an interview with police, “Korey stated he is currently on the council for the Irish Mob and is in charge of the ‘405.’ This means because Korey is on the streets, he is in charge of all Irish Mob business in areas that fall under the area code prefix 405.
“Korey stated he rode with (three co-conspirators) to a residence to pick up 8.5 oz of methamphetamine on 11-28-20,” from an Irish Mob member in Oklahoma City, the affidavit alleged.
“Korey explained how he was introduced in the Irish Mob and said he trafficked drugs for them to gain initiation. Korey told me he stabbed someone in county jail and got his ‘Shamrock’ in 2008. Getting your ‘Shamrock’ means you get your official membership into the Irish Mob.
“Korey told me he was involved in stabbing a member of the Aryan Brotherhood in the Cimarron Correctional Facility resulting in the inmate’s death because the inmate hurt a child. Korey said the charges were dropped because a video of the assault was released on You Tube and it was decided an impartial jury would be impossible to find.
“Korey provided us the pass code to his phone and sat with us as we looked through his messages. Numerous messages were observed showing Korey facilitating the movement of large amounts of methamphetamine. Korey was talking to other individuals about Kilogram-sized loads of methamphetamine.
“Korey said if he ever goes back to Oklahoma City or prison, there would be bodies associated with him. Korey stated he would kill someone in prison if he goes back,” the Stillwater officer wrote in his affidavit.
According to court records and the state Department of Corrections, Smith was previously convicted of four counts of attempted conjoint robbery, three counts of kidnapping and one count of first-degree burglary in 2009 in Oklahoma County for which he served three years in prison. Smith was also convicted of conspiracy to distribute a drug in 2018 in Canadian County for which he served about 19 months before his release in 2020.