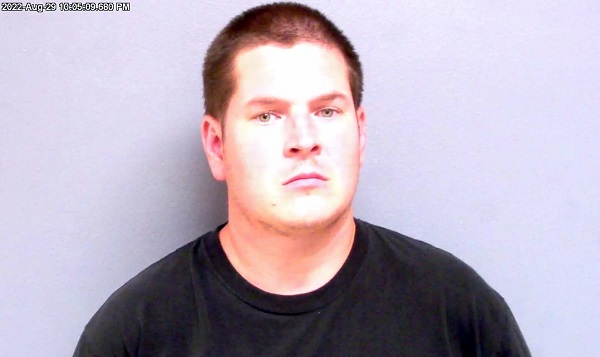 (Stillwater, Okla.) — A 32-year-old Perkins man, who previously served a prison sentence for assault and battery with a dangerous weapon, has been jailed on $250,000 bail pending his arraignment this week on a Payne County charge of repeatedly sexually abusing a child between the ages of 12 and 15 at his residence.
Due to his criminal record, Montia Tylor Robbins could be given a prison term ranging from a minimum of 10 years to a maximum of life if convicted of child sexual abuse after a former felony conviction.
Perkins Police Chief Bob Ernst wrote in an affidavit filed with the charge last week that on Feb. 5 the Oklahoma Department of Human Services received a referral regarding the possible sexual abuse of a child.
In an interview at the Saville Child Advocacy Center in Stillwater on May 11, the child said that during a three-year period she was sexually abused by Robbins, who told her not to tell her mother after the first incident, the affidavit alleged.
Regarding Robbins’ background, he was convicted at age 16 of lewd molestation in 2006 in Lincoln County and sentenced to 10 years in the custody of the Oklahoma Juvenile Services as a youthful offender, according to the Perkins police chief’s affidavit and court records.
At age 23, Robbins was convicted of assault and battery with a dangerous weapon in 2013 in Pottawatomie County and given a seven-year suspended sentence except for 45 days in jail with an order to take a 52-week domestic violence intervention course, but he was found in violation of his probation in 2016 and given a three-year prison term that he discharged in 17 months, according to the Oklahoma Department of Corrections and court records.