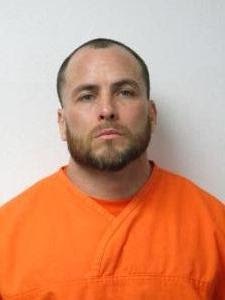 Jeremiah V. Hobbs, 40, is serving an eight-year sentence out of Tulsa County for second-degree burglary. Security staff at the men’s minimum-security prison discovered him missing around 5 a.m.

Anyone with information on Hobbs’ location should call 911 or ODOC’s 24-hour escapee hotline at (866) 363-1119. They can also email information to warrants@doc.ok.gov. All calls and emails are confidential.

Earlier this week, an inmate housed at JBCC tested positive COVID-19. Facility and medical staff have tested inmates and staff who had contact with that inmate. Results are pending.

This is the second time this week inmates have walked away from Jackie Brannon Correctional Center. ODOC is working to enhance security measures around this non-fenced minimum-security facility.

Christopher G. Coffey walked away from the prison late Sunday with four other inmates. Those four are back in custody and quarantined at Lexington Assessment & Reception Center. ODOC’s Office of the Inspector General has presented escape charges to the local prosecutor.

Coffey, 29, is described as white, about 6-feet 2-inches tall, weighing about 270 pounds, with brown hair and blue eyes. He is serving a 12-year sentence for escape from confinement and larceny.