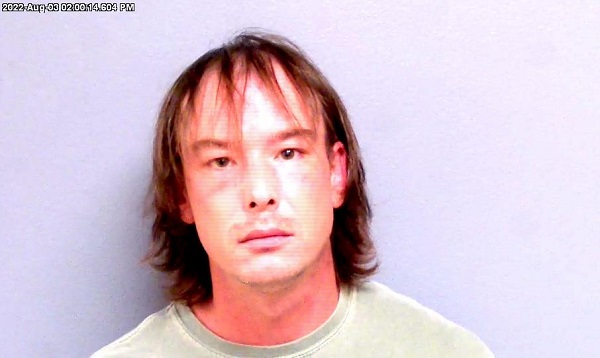 (Stillwater, Okla.) — A Payne County man has been jailed on $150,000 total bail pending a Nov. 2 preliminary hearing on charges of molesting a friend’s 5-year-old daughter at his rural residence on July 17 and possessing a large amount of child pornography on his cellular phone when it was seized on July 19.
If convicted of two counts of lewd molestation, Kyle Andrew Blankinship, 34, could be given at least a 50-year prison term. If convicted of aggravated possession of child pornography, Blankinship could be given as much as life in prison.
Blankinship was arrested on Aug. 3 after the child’s father, who had known Blankinship as a friend since they were 5 years old, talked to a deputy at the Sheriff’s Office in July, an affidavit said.
When the 5-year-old girl was asked during a forensic interview at a child advocacy center in another county on July 27 how her clothes got off of her, she said “Uncle Kyle took them off of her,” Payne County Sheriff’s Investigator Tomm Edwards alleged in an affidavit.
Payne County Sheriff’s Investigator Brandon Myers obtained a search warrant for Blankinship’s cell phone, which was digitally examined on July 25 by Payne County Sheriff’s Investigator L.A. Kellison, another affidavit said.
“I examined the device report on 8/15/2022 and located over 350 files of suspected child pornography,” that included depictions of infants, toddlers and pre-teens, Myers alleged in his affidavit.