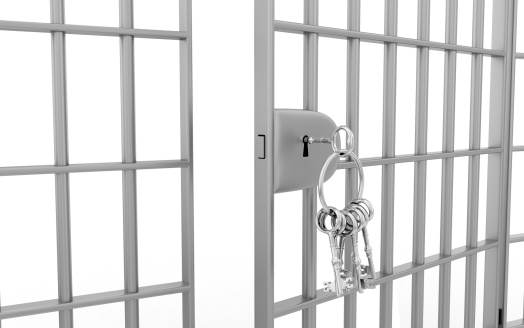 (Stillwater, Okla.) — A 23-year-old man has been jailed on $30,000 bail pending a Sept. 12 court appearance on charges of breaking into his ex-girlfriend’s house in Stillwater, stealing her car, drunk driving, and attempting to elude Stillwater police on July 24 — six weeks after he was freed on $2,000 bond on a charge of head-butting her in the presence of her children on June 8.
Brandon William Ford, who formerly lived at his then-girlfriend’s house in Stillwater, listed an address in Oklahoma City when he was released on $5,000 bail on Jan. 3 on an earlier charge of grabbing a deputy’s gun belt in an attempt to seize his taser and obstructing another deputy, both on Jan. 1.
If convicted of all of his charges, Ford could be incarcerated for as long as 34 years, court records show.
In his latest case, Ford was arrested at 1:45 am on July 24 after a pursuit — about 18 minutes after Stillwater Police Officer Robbie Frazier was sent to Ford’s ex-girlfriend’s house on a report that he had kicked in her door and was trying to steal her car, an affidavit alleged.
During an ensuing chase while Ford was driving his ex-girlfriend’s car, Ford ran four stop signs before he got out and ran through a ditch into a pasture while the vehicle rolled to a stop, an affidavit alleged.
“Officer Rivera and I pursued the suspect on foot, and he was taken into custody by Officer Cassidy, who had come in from the other direction to catch him,” Officer Frazier alleged in his affidavit.
Ford’s ex-girlfriend told police that he had a no contact order from a domestic abuse charge in June, but on July 24 after her young daughter said that Ford was at the door, the woman opened it; she said, “Brandon began grabbing at her so she shut the door and locked the bottom lock,” which he forced open, the affidavit alleged.
His ex-girlfriend said, “after Brandon forced entry into her home, he immediately went to the garage where her car was parked,” opened the garage door and then went to the front porch to sit down to smoke a cigarette, the affidavit alleged.
She said, “she was still on the phone with dispatch while he was on the porch and right before officers arrived, Brandon got back in the car and began to pull out of the driveway,” the affidavit alleged.
Six weeks earlier, Ford had been charged with domestic assault and battery in the presence of minor children on June 8 and ordered to have no contact with his ex-girlfriend, whom he was accused of head-butting before leaving her residence on foot, court records show.
Five months before that, Ford had been charged with grabbing the gun belt of Payne County Sheriff’s Deputy Dalton Ross in an attempt to seize his taser weapon, and also contending with another deputy, both on Jan. 1 when they were sent to a duplex in rural Stillwater at 12:56 am on a noise disturbance, court records show.