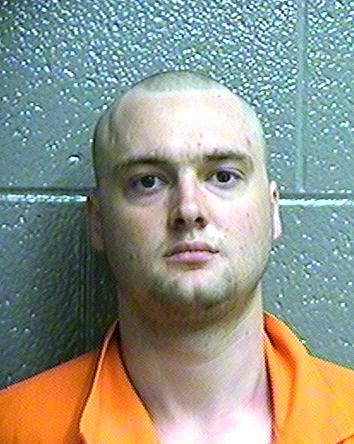 (Stillwater, Okla.) — A Lincoln County man on probation for stealing $1,395 worth of property from the Walmart store in Cushing was arraigned Tuesday before a Payne County judge on a felony charge accusing him of shoplifting $1,392 worth of merchandise from the Atwood’s store in Stillwater on Nov. 22, court records show.

Justin Travis Ramsey, 32, of Chandler, an ex-convict with a history of property crimes, remained held in the Payne County Jail this morning on $5,000 bail pending a Dec. 2 court appearance on his latest charge, court records show.

According to court records, nine months ago Ramsey pleaded guilty to stealing a drone, electric razor, Nintendo game controller, LG headphones and six video games on June 20, 2017, from the Cushing Walmart in Payne County, after four prior felony convictions in Lincoln County.

In his 2017 Payne County shoplifting case, last February Ramsey was placed on 10 years’ probation with an order to pay a $350 fine, $50 to the victims’ compensation fund, $1,395 in restitution and also a prosecution fee. However, the day before he allegedly shoplifted from Atwood’s in Stillwater, the Payne County District Attorney’s Office filed a motion to revoke his probation for failure to pay restitution and a prosecution fee, court records show.

Ramsey had been released from prison in June of 2014, after serving about eight months of four concurrent five-year sentences he received in Lincoln County in October of 2013 for attempted grand larceny in 2011, drug possession in 2012, knowingly concealing stolen property in 2012, and two counts of grand larceny in 2012, court records show.

According to the state Department of Corrections, Ramsey was placed on 20 years’ probation in July of 2018 for second-degree burglary in Lincoln County in 2017.