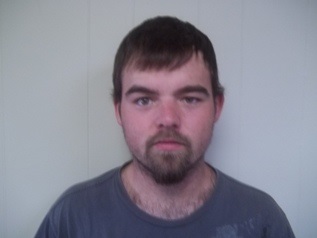 (Stillwater, Okla.) — An arrest warrant was issued this week for an Agra man accused of running a roadblock at Highway 33 and Vinco Road set up by Iowa Tribe Police Officer Don Howard and attempting to elude Perkins Police Officer Billy Laster from Highway 33 and Highway 177 south into Lincoln County.

Travis Ray McFarlin, 25, was already being sought by Rogers County authorities for allegedly violating the probation he was given two years ago in a 2016 case of assault and battery on a Catoosa police officer, court records show.

The Perkins police officer had stopped the pickup that McFarlin was driving at 1:16 a.m. on July 28 for illegal use of fog lights and defective equipment at Highway 33 and Perkins Road, according to Laster’s affidavit.

“I received an NCIC hit that McFarlin was wanted out of the state of Arkansas,” but later learned there was no extradition for the warrant, Laster wrote in his affidavit.

“I located a possible felony warrant on McFarlin through Rogers County and requested dispatch to check it,” the Perkins officer wrote in his affidavit.

After Perkins Police Officers Shane Dean and Daryn Zanfardino arrived at 1:21 a.m. to assist, “I went to McFarlin and requested he exit his vehicle,” Laster wrote in his affidavit.

“McFarlin put the vehicle in gear and sped away. I ran back to my patrol vehicle, as did Officers Dean and Zanfardino. I turned on my audible siren and began pursuing McFarlin south on Perkins Road at speeds of 80 mph,” Laster wrote in his affidavit.

In an ensuing chase, McFarlin failed to stop at the stop sign at W. Knipe and S. Main Street, which is Highway 177 south, where speeds reached over 100 mph, the affidavit alleged.

“McFarlin turned south on Prairie Road, which is a gravel road,” but the Perkins officer lost sight of McFarlin because of the dust, the affidavit said. “I followed the dust trail into Lincoln County,” where the Perkins officer terminated the pursuit, according to his affidavit.

When the Perkins officer drove back to the Cimarron Casino to talk to the registered owner of the pickup, he learned it was not stolen, but the owner was using McFarlin to do some work on the truck, the affidavit alleged. “It was their agreement the truck would be returned on this date to (the owner) while he was at work at the casino,” the affidavit alleged.

After learning that McFarlin works on vehicles in Carney, Perkins officers along with Iowa Tribe Officer Don Howard went there at 2:09 a.m. where McFarlin’s father told Laster that his son was not there, the affidavit alleged.

The pickup that McFarlin had been driving was located in Lincoln County at the dead end of 760 Road to the east of 3390 Road, the affidavit said.

The Perkins police officer again talked to the pickup owner, who said “McFarlin did not have permission to use the pickup to flee from police,” the affidavit alleged.

If convicted of running a roadblock and attempting to elude the Perkins officer, McFarlin could be incarcerated for as long as six years, court records show.