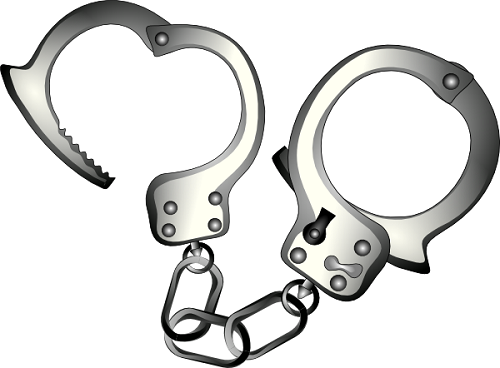 (Stillwater, Okla.) — A father, who was found asleep in an SUV, has been ordered to appear in court this week on a child neglect charge for allegedly leaving his toddler alone in the family’s campus apartment for about four hours, between 11 p.m. and 3 a.m., on Thanksgiving weekend.

Oklahoma State University Police Officer Roger Osiek was sent to University Commons building 74 at 2:50 a.m. on Nov. 30 for a stand-by to keep the peace call from a residential life employee, who said she was there to open a room for a man she described as belligerent, an affidavit said.

“When we arrived at the apartment door and found nobody waiting to enter, she stated she thought the person was told to wait in their car. There was a cold, almost full can of Angry Orchard Hard Cider to the right of the door frame,” the OSU officer wrote in his affidavit.

The officer found Pocowatchit asleep in the passenger seat of a white SUV parked close to the building and woke him by prodding him with a flashlight, the affidavit said.

“I spoke to Pocowatchit, who stated he locked his keys and identification inside his apartment when he was going to leave to go the store and buy a cigar…Pocowatchit stated his child was inside asleep and he was just running to the store,” the OSU officer alleged in his affidavit.

After verifying no one else was inside, OSU officers Clinton Leach and Tyler Williams went into the apartment to verify the safety of the approximately one-year-old child, who was asleep and unharmed in his bed, the affidavit said.

Pocowatchit “was asked when he left to go to the store and Pocowatchit replied 10:45 to 11:00. It was 3:15 (a.m.) at the time of the question. Pocowatchit could not tell us how long the child had been unsupervised,” the OSU officer alleged in his affidavit.

OSU Police Officer Chance Simpson spoke by cell phone to the child’s mother, who was spending the night in Tulsa with her parents, and said she would start heading to Stillwater immediately, the affidavit said.