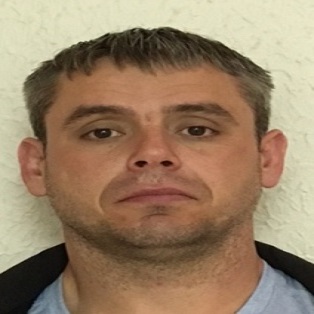 (Stillwater, Okla.) — An ex-convict accused of failing to protect two children from exposure to drugs in a Stillwater home has been jailed on $200,000 bail pending a Feb. 3 court appearance at which he can seek a preliminary hearing on his felony charges.

Marty Lee Woodruff, 32, who listed a relative’s post office box in Glencoe as his address, also was accused of attempting to flush a package of methamphetamine down a toilet while Stillwater officers were outside and possessing the drug, both of which are misdemeanors.

Woodruff was arrested at a house in the 1100 block of S. West in Stillwater at 5:58 p.m. on New Year’s Eve about 10 minutes after a search warrant was served there by forced entry “due to the occupants refusing to answer the door,” a police affidavit alleged.

“Marty Woodruff was located exiting the western half of the residence,” Stillwater Police Officer Brett Moore alleged in his affidavit.

“Detective Carson and Officer Whiteley informed me they located a clear plastic bag containing a crystal-like substance, believed to be methamphetamine, swirling in the toilet,” which the detective retrieved, the Stillwater officer alleged in his affidavit.

“Marty immediately stated the methamphetamine did not belong to him and stated (another man) ran to the bathroom and threw the bag in the toilet prior to our entry. I found this statement to be false due to the fact (the other man) was located in the eastern-most bedroom on the bed with a sleeping infant on his chest,” the Stillwater officer alleged in his affidavit.

“Throughout the residence, I located numerous pieces of aluminum foil with a heated line of heroin commonly known as ‘rails’ and syringes which were easily accessible to the small children inside the residence. There were two juvenile children (ages 3 and 1) inside the residence. I know Marty to be the biological father of one of the children,” the Stillwater officer alleged in his affidavit.

“I had been conducting surveillance on the residence throughout the day and observed (the 3-year-old) with Marty in and out of the residence as numerous vehicles were coming and going,” which is commonly associated with the distribution of narcotics, the Stillwater office alleged in his affidavit.

“I contacted DHS, who responded and took custody of the children. The total weight of the methamphetamine removed from the toilet was 5.9 grams to include the packaging material. Upon review of the body cam footage worn during the execution of the warrant, Marty is seen exiting the bathroom where the methamphetamine was located,” the Stillwater officer alleged in his affidavit.

Woodruff was arrested in Stillwater the day after he pleaded guilty to child abuse in 2019 in Perry, where he was released on a personal recognizance bond pending his sentencing on Feb. 26, 2020, Noble County court records show.

According to the state Department of Corrections and court records, Woodruff had previously been convicted of:

* possession of morphine sulfate without a prescription in Payne County in 2015, for which he was given a five-year prison term in 2016, of which he served 18 months prior to his release in March of 2018;

* possession of methamphetamine in Stillwater in 2013, for which he was initially given probation that was revoked in 2016 to a concurrent five-year prison term, of which he served 18 months;

* concealing stolen property in Payne County in 2013, for which he was initially given probation that was revoked in 2016 to a concurrent 685 days in prison that he discharged in 2017;

* assault and battery on an officer in Perry in Noble County in 2012 for which he was initially given probation that was revoked in 2014 to a five-year prison term with balance of be suspended on completion of the Bill Johnson Drug Offender Work Camp;

* domestic assault and battery in the presence of a child in Noble County in 2009 for which he was initially given probation that was revoked in 2014 to a concurrent five-year prison term with the balance to be suspended on completion of the Drug Offender Work Camp;

* cruelty to a pit bull dog in 2008 in Perry in Noble County in 2008 for which he was initially given probation that was revoked in 2014 to a concurrent five-year prison term with the balance to be suspended on completion of the Drug Offender Work Camp;

* child abuse in Perry in Noble County in 2006 for which he was given three years of probation in 2009;

* drunk driving in Stillwater in Payne County in 2008 for which he was initially given five years of probation, the balance of which was revoked in 2010 to prison.