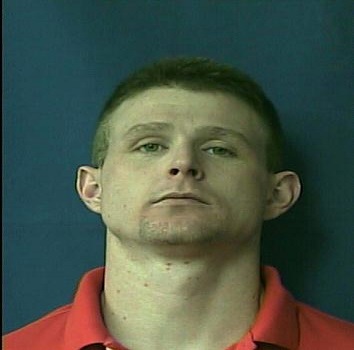 (Stillwater, Okla.) — An ex-convict with a history of domestic violence in Tulsa avoided a jury trial in Stillwater Monday by accepting a plea bargain for two concurrent eight-year prison terms for domestic violence at his rural Perkins residence in 2018 and 2019, court records show.

Due to his criminal record, Brian Richard Scott, 32, who pleaded guilty Monday to both domestic violence charges, could have been given as much as life in prison if convicted by a Payne County jury on either felony.

In his latest case, when Payne County Sheriff’s Deputy Scott Hopper arrived on April 5, 2019, at the home where Perkins police had been sent to assist, “Officer Laster and Officer Howard had a male identified as Brian Scott in investigative detention,” an affidavit said.

The woman, who was crying and upset, said they had been drinking and at 6 pm started arguing, after which she finally decided to leave to go to the store, the affidavit said.

“I could see spots of blood on the wall,” where the woman said she was pushed, the deputy wrote in his affidavit.

She said, “after Brian pushed her into the wall a second time, she ran out of the residence and started screaming ‘help, someone call the police,"” the affidavit said.

She said that he also punched a picture on the wall and broke it, the affidavit said.

The woman had a lump on the right side of her head from where she said she hit her head on the wall, the affidavit said.

“Brian refused to speak with me saying he has nothing to say. Brian was very intoxicated also,” the deputy wrote in his affidavit.

A neighbor who called 911 said while the couple were outside, she saw Scott shove the woman with both hands and hit her in the upper body area hard enough that he almost knocked her down, the affidavit said.

According to state Department of Corrections and court records, Scott was living in Tulsa when he was previously convicted of:

* uttering forged instruments in Tulsa in 2006 for which he was given 33 months in prison of which he served about 21 months;

* false personation in Tulsa in 2009 for which he was given a concurrent 33 months in prison of which he served about 21 months;

* second-degree burglary in Tulsa in 2014 for which he was given a five-year prison term of which he served one year and eight months;

* larceny from a person in Tulsa in 2014 for which he was given a concurrent five-year prison term of which he served one year and nine months;

* misdemeanor domestic violence in 2013 for which he was given a one-year sentence.