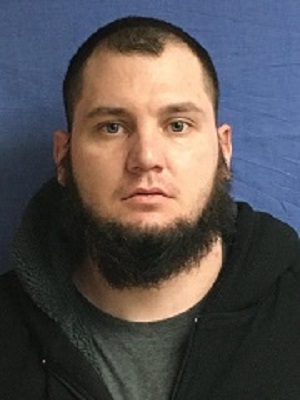 (Stillwater, Okla.) — An ex-convict has been given an eight-year prison term for using Facebook Messenger to threaten the lives of a woman and her children by blowing them up.
Cody Lynn Vandusen, 30, of Stillwater, was sentenced last week by Associate District Judge Stephen Kistler, who accepted his guilty plea to violating the Computer Crimes Act.
Also in Payne County last week, Vandusen was given prison terms of eight years for violating his probation in a 2020 stalking, five years for carrying contraband into jail in 2022, and four years for unauthorized use of a vehicle in 2021, all to run concurrently.
Vandusen was also given a one-year jail term for drug possession in 2022, 30 days for having no driver’s license in 2022, and 30 days for public intoxication in 2021, all to run concurrently from Payne County.
In his computer crimes case, a woman had reported to Stillwater police in July of 2021, that “she has been harassed over Facebook by Cody Vandusen since April,” of 2021, Stillwater Police Officer Josh Rudluff wrote in an affidavit.
She “told me she started talking to Cody in March (of 2021) but was not very interested in a relationship. She said when she didn’t act interested, Cody quickly started sending harassing messages through Facebook Messenger.
“She stated on April 24th (of 2021) he sent a video to her threatening to blow her and her kids up. He also told her he would blow up her mother’s house,” the officer wrote in his affidavit.
The woman said she “blocked him on social media, but since April (of 2021) he has made different accounts and continues to send her messages,” to which she does not reply, the affidavit said. The officer said, “Cody has a history of threats and stalking,” the affidavit said.
In 2020, Vandusen had been arrested on a charge of stalking his children’s mother “by repeated telephone calls, text messages, confronting her at her apartment and damaging her vehicle,” while she had a protective order against him. He pleaded guilty two months later and was given a one-year jail term followed by nine years of probation — that was revoked to eight years in prison last week.
Vandusen had previously been convicted of drug possession in the presence of a minor in Pawnee County for which in 2015 he was given a five-year prison term but served less than three years before his release in February of 2018, state Department of Corrections records show.
Also, on the same day in 2015, Vandusen’s probation was revoked to concurrent prison terms in two separate 2011 cases in Pawnee County of second-degree burglary and stolen property possession. Vandusen had also been given probation in Osage County in 2014 for conspiracy in Hominy, court records show.