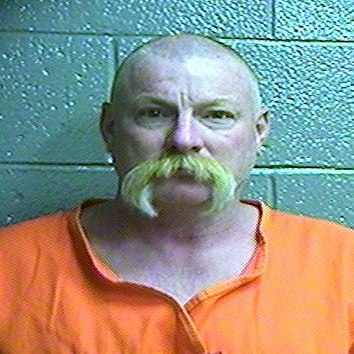 (Stillwater, Okla.) — An ex-convict has been charged with sexual battery of a woman in the Tumbleweed Dance Hall parking lot in rural Stillwater while allegedly representing himself as a law enforcement officer to her — less than a year after he was released from prison where he served time for drunk driving.

Steven Lee Walker, 49, of Inola, remains in the Payne County Jail on $50,000 bail pending his arraignment today on a four-count charge including drunk driving and also representing himself as a law enforcement officer to a man, court records show.

Due to his criminal record, Walker could be given as much as a life prison term plus 22 years if convicted of all four counts filed in Payne County last week.

Walker was initially arrested for drunk driving on May 3 at the intersection of Lakeview Road and Country Club Road in Stillwater, where he refused to take the state’s breath test, Payne County Sheriff’s Deputy Lewis Kellison alleged in an affidavit filed last week.

“As Walker was being detained, several individuals came forward to make reports of sexual assault and impersonation of a peace officer against Walker,” the affidavit alleged.

A woman said Walker asked for her ID, shined a flashlight in her face, said he was going to write them all tickets, made her stand against a car at which point he knelt down and looked at her crotch with his flashlight, the affidavit alleged.

She said that after she put her hands over his flashlight and told him to stop, he made her turn around, knelt down, and started staring at her rear before she pushed him away and tried to run away, the affidavit alleged. She said “when she did that, the man slapped her buttocks,” the affidavit alleged.

According to court records, Walker had previously been convicted of:

* drunk driving in 2009 in Rogers County, for which he was given in 2010 a two-year prison term followed by three years of probation that was revoked in 2014 to a three-year prison term;

* stalking in 2009 in Rogers County, for which he was given in 2010 a concurrent two-year prison term followed by two years of probation;

* drunk driving in 1995 in Tulsa County, for which he was given in 1996 a four-year suspended sentence.