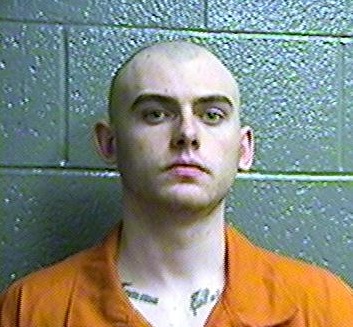 (Stillwater, Okla.) — An inmate in the Cimarron Correctional Facility in Cushing has been charged with attacking a prisoner with a knife, with which he allegedly struck the victim in the face, side, hands and back on April 9, court records showed today.

Although the felony charge was filed last week in the case investigated by the Oklahoma Department of Corrections, an affidavit detailing the allegations against Karsten M. Manley, 21, has not yet been filed in court records.

If found guilty of assault and battery with a dangerous weapon after two former felony convictions, Manley could be given a prison term of two years to life, court records show.

According to DOC records, Manley was previously convicted of:

* two counts of assault and battery on a police officer in 2018 in Garvin County, for which he was given in August of 2018 two concurrent five-year prison terms;

* knowingly concealing stolen property in 2017 in Murray County, for which he was given in January of 2018 five years of probation;

* domestic assault and battery in 2015 in Love County, for which he was placed on 10 years’ probation in September of 2015.