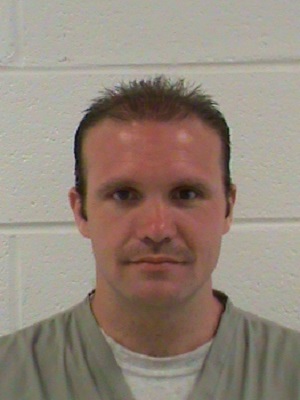 (Stillwater, Okla.) — A Cushing man with a criminal history in five counties has been ordered to appear in court on July 7 on a charge of being a convicted felon in possession of nine guns at his house in the 1300 block of E. Maple Street.
Due to his multiple prior felony convictions, Christopher Lewis Lacy, 39, could be given a prison term of four years to life if convicted of illegally possessing firearms. Lacy remains free on $10,000 bail.
Payne County Sheriff’s Investigator Brandon Myers learned from Lincoln County Sheriff’s Investigator James Robinson that Lacy had retrieved firearms for a relative in the Lincoln County Jail, an affidavit alleged.
“On 5/24/2022 we served a search warrant with the assistance of other law enforcement personnel from the Payne County Sheriff’s Office and the Cushing Police Department,” at Lacy’s residence, Myers wrote in an affidavit.
“After numerous announcements of the search warrant, including announcements over my PA system in my sheriff’s office truck, nobody came to the door. The door was locked, and a ram was used to make entry into the residence,” that was occupied only by the 12-year-old son of Lacy’s girlfriend, Myers alleged in his affidavit.
“Upon the residence being secured, numerous firearms were in plain view inside the home. I also noticed a camera system in the house. I saw a digital video recorder and television screen streaming live video of the front and rear of the residence,” Myers alleged in his affidavit.
After Lacy’s girlfriend contacted her son on his phone, Myers spoke to her, according to his affidavit.
“She was frantic and told me first thing that there were guns in the house, and she was going to call and turn them over to us. She came to the residence,” Myers alleged in his affidavit.
Lacy’s girlfriend said that Lacy’s relative was in jail, and Lacy went to get his things from his relative’s place in Lincoln County, the affidavit alleged.
Lacy’s girlfriend “told me that she didn’t want the items there and had told him to get rid of them. The interview was recorded using my AXON body camera.
“During the search of the residence, it was discovered that the basement of the home was full of water; the water had raw sewage running into it from the residence.
“The electrical panel located in the dining room had the door removed with exposed breakers and wires within reach of the children, and there were firearms throughout the house, ammunition to the firearms with some of the firearms loaded and accessible to the children.
“I did a DHS referral reference to child neglect due to the conditions of the residence and crimes being committed in the residence,” Myers alleged in his affidavit.
“Cushing Code Enforcement was called and inspected the residence; they shut off the electricity and water to the home due to the property’s conditions,” the affidavit said.
The next day, Lacy went to the Payne County Sheriff’s Office to speak to Myers, according to the affidavit.
Lacy “told me that he was trying to help (his relative), and he claimed that he did not know the firearms were loaded into his truck. He said the people at the trailer park loaded (his relative’s) stuff for him. He did not discover the firearms until he unloaded (his relative’s) things at his residence,” Myers alleged in his affidavit.
Lacy said “that he had attempted to contact and even spoke to a Lincoln County Sheriff’s Office deputy and told them he was getting (his relative’s) things from over there.
“The things that Christopher (Lacy) told me are contrary to the jail phone calls that Lincoln County intercepted. The jail phone calls show Christopher knew that (his relative) had guns hidden at a neighbor’s house.
“Lincoln County (sheriff’s deputies) went to the neighbor’s residence mentioned in the phone call. That neighbor told Lincoln County (sheriff’s deputies) that Christopher had picked up the guns.
“After Christopher picked up the guns, he again talked to (his relative) on the jail phone. He asked (his relative) how much he wanted to sell the tattoo gun with multiple barrels, consistent with one of the guns I later recovered at Chris’s residence,” Myers alleged in his affidavit.
On May 25 after the interview, Myers arrested Lacy, who was subsequently released on bail, court records show.
According to court records and the state Department of Corrections, Lacy had previously been convicted in 2005 in Payne County of possessing a sawed-off shotgun along with stolen property, altering a firearm’s serial number, being a felon in possession of a firearm and committing second-degree burglary for which he served multiple concurrent five-year and seven-year prison terms.
Lacy had also been convicted in 2010 of carrying contraband into jail in Creek County, for which he served about half of a two-year sentence. Lacy had been convicted in 2010 of two counts of assault and/or battery with a dangerous weapon in Okfuskee County for which he served about half of two concurrent seven-year prison terms.
Lacy had also been convicted in 2010 of being a felon in possession of a firearm, assault and/or battery with a dangerous weapon and manufacture of a drug in Lincoln County for which he served about half of three concurrent eight-year prison terms. Lacy had also been convicted of assault and/or battery with a dangerous weapon in 2009 in Oklahoma County for which he received six years of probation.