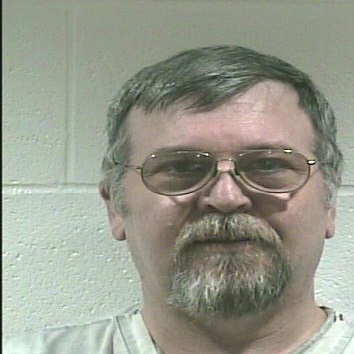 (Stillwater, Okla.) — A 54-year-old Stillwater man convicted of child sex crimes in Creek and Payne counties has been accused of loitering within 300 feet of Highland Park Elementary School in Stillwater.

James Leroy Bear was arrested Tuesday and freed on $5,000 bond pending his arraignment this week on a charge of sex offender violation of a zone of safety, court records show.

Stillwater Police Officer Justin Reedy was contacted at 9:16 a.m. on Aug. 14 by a Highland Park Elementary School employee “about a registered sex offender inside the building,” according to his affidavit for an arrest warrant.

The Stillwater officer said that when he arrived at the school, Bear was with a woman enrolling her student in kindergarten, his affidavit alleged.

“As I walked up to the front door, Bear was in the breezeway talking on the phone and he opened the door for me,” the Stillwater officer wrote in his affidavit.

The woman “listed on her registration papers Bear as being authorized to pick up her child and also listed him as a ‘friend,'” the affidavit alleged.

“Bear has been convicted of sex offenses and is required to register as a sex offender,” the affidavit said.

About three hours later, the Stillwater officer phoned the woman, the affidavit said.

“I asked her if she knew Bear’s history and she told me she did. She also said she has known Bear for about three and one-half year and they are neighbors. She said last night her car broke down and this morning Bear gave her a ride to Highland Park so she could enroll her child in kindergarten.

“She continued saying she knew the whole story of his history and there is more to the story and she does feel safe having her children around Bear,” the Stillwater officer alleged in his affidavit.

According to court records and the Oklahoma Department of Corrections, Bear had been convicted of:

* lewd or indecent proposals/acts to a child and forcible sodomy in 1997 in Creek County, where a jury found him guilty in 1998, for which he was given a total of 17 years in prison that he began serving in 2001 and completed in 2007;

* lewd molestation and forcible sodomy in separate cases in 1997 in Creek County, to which he pleaded no contest in 1998 and was given two concurrent 15-year prison terms that he began serving in 2007 and discharged in 2013;

* lewd or indecent proposals/acts to a child in 1997 in Payne County, to which he pleaded no contest in 1998 and was given a five-year prison term of which he served two years.