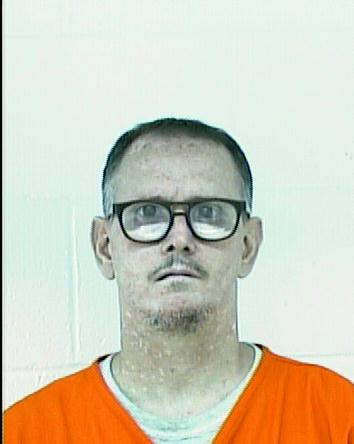 (Stillwater, Okla.)  — An ex-convict, who served prison terms for child molesting, possessing methamphetamine and choking an ex-girlfriend, has been ordered to have no contact with an ex-girlfriend whom he allegedly abused two days before Christmas.
Charles Steven Mullins, 50, of rural Stillwater, was arrested on Dec. 23 by Payne County Sheriff’s Deputy Daryn Zanfardino and jailed for three days before he posted $5,000 bail. Mullins has been ordered to appear in court on Jan. 27 on a charge of domestic assault and battery as a subsequent offense.
The sheriff’s deputy was sent at 8:45 am on Dec. 23 to the 12200 block of E. 19th Street on a report that “neighbors were out in the front yard physically fighting,” an affidavit said. A witness said, “the male had the female on the ground and was punching her in the face, and then she and her mother watched him drag her by the hair,” the affidavit alleged.
When the deputy talked to Mullins’ ex-girlfriend, she said he “had gone to her house and began texting her. She stated that he was trying to make her feel bad about him being out in the cold and not allowing him inside to get warm,” the affidavit alleged. She said, “they had dated in the past; however, (they) were no longer dating,” but she gave him a ride back to his residence, the affidavit alleged.
She said, “when she got there, they began arguing and she told him to get out of her vehicle. She stated that is when he used his finger and poked her in the face before grabbing her by her face. She stated that when she got out of the vehicle, he took her keys, after which she asked for them back and he started screaming at her,” the affidavit alleged.
She said that when she started to walk away from him, “he grabbed her by the ponytail and drug her by it. (She) lifted up her right hand and showed me a scrape that had skin still hanging off of the top of it,” that she got from something on the ground while she was being dragged, the deputy alleged in his affidavit.
She said, “after he dragged her, he got on top of her and choked her and then hit her in the face,” the affidavit alleged. “As we arrived, Charles Steven Mullins had taken off running through the back of the property,” two other deputies told Zanfardino, his affidavit said.
Mullins’ ex-girlfriend, who was advised of her rights as a domestic violence victim, “contacted her father and stated that he was going to give her a ride home and that she would contact us if she needed anything,” Zanfardino wrote in his affidavit.
Shortly before 3 pm that day, Mullins was found at another location and arrested, the affidavit said. “Mullins stated that he knew he shouldn’t have run off, and that he had planned on turning himself in later,” the affidavit alleged.
“After placing Mullins in handcuffs, I pat searched him and removed some marijuana, a glass smoking device, and a baggy containing a white crystal-like substance from his coat and coveralls,” that field-tested positive for methamphetamine, Zanfardino alleged in his affidavit.
“While transporting Mullins to the jail, Mullins stated that he had grabbed (the woman) by the hair and drug her, but that was it. Deputy (Bobby) Miller and I explained to Mullins that we weren’t asking him any questions about the incident, and he stated that he knew that; however, that’s what happened. Mullins stated that he had gotten tired of her being abusive to him and he snapped,” Zanfardino alleged in his affidavit.
According to Payne County court records and the state Department of Corrections, Mullins was apparently paroled in 2019 to 10 years of probation after serving about two years of a 10-year prison term with inpatient treatment that he was given in 2017 for methamphetamine possession. Mullins served a concurrent prison term for domestic assault and battery by strangulation in 2013 after his probation was revoked in 2017.
Mullins had previously served nearly four and one-half years of a five-year prison term for child molesting in Payne County in 2002 when he also furnished alcohol to a minor, DOC records show. Mullins had also previously been convicted of being a felon in possession of a firearm in 2001, possessing marijuana in 1999, and unauthorized use of a vehicle in 1989.