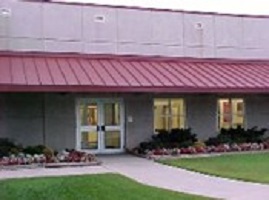 CUSHING – The City of Cushing Board of Commissioners held a special meeting yesterday to consider executing a Detention Services Intergovernmental Agreement (IGA) contract with the United States Marshals Service. Also considered was an agreement between the City and CoreCivic to provide correctional services at the Cimarron Correctional Facility if Commissioners approved the IGA. Commissioners voted 4-1 to approve both agreements, working to preserve nearly 200 local jobs.

Following the meeting, Chairman of the Board of Commissioners B.J. Roberson said, “Today the Board of Commissioners approved an agreement between CoreCivic and the U.S. Marshal Service, which will allow for the continued operation of the Cimarron Correctional Facility. For years, CoreCivic has been a large employer for Cushing and the surrounding area. We are thankful for this opportunity to retain jobs locally that otherwise may have been lost. We also appreciate CoreCivic’s long-standing partnership and look forward to a continued successful relationship.”

Cimarron Correctional Facility Warden Michael Sizemore said, “We’re pleased to announce a partnership with the United States Marshals Service (USMS) at the Cimarron Correctional Facility and looking forward to quickly meeting their critical needs. We’ve been in Cushing since 1997, and we’re extremely proud of the relationship we have with this great community and the dedication of our employees at Cimarron. It was the professionalism of this team that made our facility a great option for the USMS and the great partnership from the city that helped make this contract possible.”

CoreCivic has been a ubiquitous corporate citizen in Cushing since its opening in 1997. The purchase of the property by CCF from the City of Cushing helped the citizens of Cushing to construct a modern aquatic center that has drawn thousands of visitors and improved our quality of life. Since its opening, CCF has been one of the largest employers in the region, and one of Cushing Municipal Authority’s biggest and most trusted utility customers. Corecivic has always participated in our community by hosting regularly scheduled informational meetings, sponsoring community events, and allowing employees to serve on local boards.