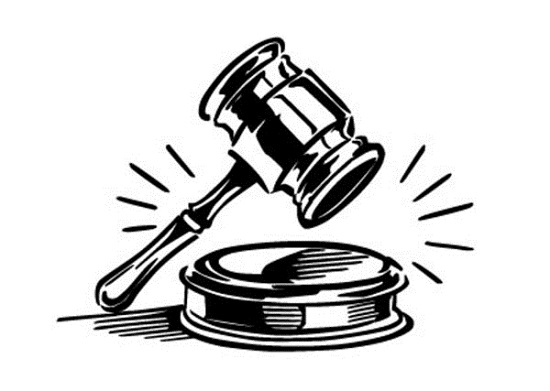 (Cushing, Okla.) — A bench warrant has been issued for the arrest of a Cushing woman, who failed to appear in court for trial court arraignment on Dec. 10 on a felony charge of attempting to set fire to and burn her apartment in the 1600 block of Cherry Lane.
Janet Snake, 62, who had been arrested on Aug. 17, was held in the Payne County Jail on $25,000 bail until Oct. 25 when she waived her right to a preliminary hearing and was released on a personal recognizance bond, court records show.
If convicted of fourth-degree arson, Snake, who has also been known by the surname of Jones, could be incarcerated for up to 10 years and fined $5,000.
Cushing Fire Department Investigator Daniel Myers wrote in an affidavit that on Aug. 13 at 11:12 pm police and firefighters responded to Snake’s apartment “in reference to a possible assault and arson.
“Upon arrival, I was informed by Cushing police officers that Janet Snake had possibly set fire to her apartment and the fire was already out,” the investigator alleged in his affidavit.
“Upon entry to the apartment to confirm the fire was out, I located a device commonly known as a ‘Molotov Cocktail’ on the kitchen table. I made sure the fire was out and then exited the apartment.
“I spoke to Janet Snake, the victim, who stated she was assaulted by two males, who then attempted to set her apartment on fire,” the investigator wrote in his affidavit.
“During the initial investigation for the fire, I observed a broken front glass door where glass was lying on the inside and outside of the door. There was also a knife lying in front of the front door.
“Where the ‘Molotov Cocktail’ was located, there were charred items on the kitchen table. I noticed there were newspapers shoved into the electric stovetop. I also observed an apparent liquid on the newspaper,” the investigator alleged in his affidavit.
After speaking to Snake, the investigator talked to a neighbor who said “Janet Snake was banging on the wall, making noises and (she) could tell Snake was drunk. She stated this had been going on for about a month. (She) stated she had not seen or heard anyone else at Snake’s apartment throughout the night,” the affidavit alleged.
Cushing Police Officer Alex Gegen said a man told him, “Coming home from Walmart, my girl and I heard a woman screaming and when we looked, we saw flames in the window as well as her door being shattered. When I approached, she was yelling incoherently, with a knife in one hand and a rolling pin in the other. She came outside, and that’s when I walked in and put out the fire and knocked on the neighbor’s door to call the police,” the affidavit alleged.
Snake was transported by ambulance to the hospital in Cushing, the affidavit said.
“While processing the scene, the following evidence was collected: rolling pin with what appears to be blood on it, kitchen knife with what appears to be blood on it, clear McCormick brand vodka bottle that was used as a ‘Molotov Cocktail,’ sample of clear liquid from the vodka bottle, fire debris collected from the kitchen table, Great Value Heavy Duty oven cleaner that was used as an accelerant,” and a utility bill in Snake’s name, the investigator alleged in his affidavit.
“The evidence that was collected gives me reason to believe through my experience as a fire investigator that Janet Snake was deliberately, maliciously and intentionally trying to set fire to her residence by: setting fire to a Molotov Cocktail that was sitting on her kitchen table, setting fire to a roll of paper towels that were in her kitchen sink, setting a separate fire on the kitchen table that left the fire debris that were collected as evidence, placing newspapers and envelopes on the burners of her stovetop and spraying them with the Great Value heavy duty oven cleaner with the intent of using it as an accelerant.
“Janet Snake lives in a multi-family apartment complex that is inhabited by several residents. The complex has a total of six residences in the unit. At the time Janet Snake set fire to her apartment, all six residences attached to her apartment were occupied,” the investigator alleged in his affidavit.