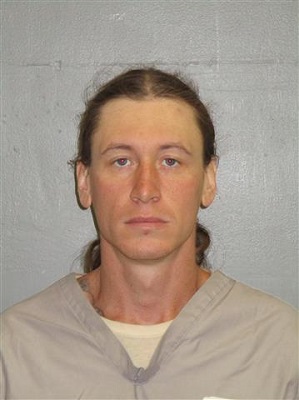 (Cushing, Okla.) — An arrest warrant was issued last week for a convicted child molester charged with failing to comply with the Sex Offender Registration Act after having at least six encounters with Cushing police between Dec. 13, 2021, and March 3, 2022, all associated with a residence in the 1000 block of W. Moses in Cushing.
If apprehended and convicted of his felony charge in Payne County, Jeremiah Len Meade, 35, could be given a prison term ranging from four years to life, court records show.
Meade had been charged last year with punching a man in the face and grabbing a woman by her arm in an incident at Moses and Kings Highway in Cushing on Dec. 20, 2021. An arrest warrant had been issued in that two-count misdemeanor case, but Meade was never apprehended, court records show.
According to court records and the state Department of Corrections, Meade had been convicted in Lincoln County in 2007 of lewd acts with a child and unauthorized use of a vehicle for which he was given a one-year prison term, but only served about one and one-half months, followed by four years of probation that was later revoked to 18 months in prison of which he served 11 months.
Meade had also been given probation under a deferred sentence in Payne County in 2004 for possessing stolen property in Perkins that was changed in 2008 to two years of probation under a suspended sentence.
In Major County, while he was living in Tryon, Meade was convicted in 2014 of forcible sodomy and pornography for which he was given two concurrent six-year prison terms, of which he served about four years; Meade had also been given four years of probation in Major County in 2014 for marijuana possession in 2013.
Meade began serving a four-year prison term in 2018, which he had been given in 2015 in Garfield County for failure to register as a sex offender in 2013; he was released from prison in February of 2020, DOC records show.