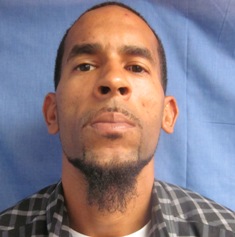 (Stillwater, Okla.) — An alleged Stillwater drug trafficker was arraigned Thursday on a felony charge accusing him of choking his ex-girlfriend and breaking her collarbone on Sept. 1, 2020 at her Stillwater home.

If convicted of all of his current charges on which he has been ordered to appear in court on March 18, Larry Ray Rice Jr., 40, who has also been known by the surname of Givens, could be given two life prison terms plus 23 years.

Rice had been free on $100,000 bail in his drug case when he was arrested on Feb. 5 and jailed until he posted $75,000 bail Wednesday on a charge of domestic assault and battery by strangulation after prior felony convictions.

Rice was released from prison on Nov. 1, 2016, but he remains on probation on three of his prior convictions for possession of cocaine with intent to distribute, court records show.

In his domestic violence case that was filed earlier this month, Rice’s ex-girlfriend said “she had been allowing Larry to stay at her residence…because he did not have a place to live,” but when she tried to leave without telling him where she was going, she was attacked,” on Sept. 1, 2020, according to allegations in an affidavit by Stillwater Police Detective Mary Kellison filed on Feb. 5.

She “described Larry grabbing her by the throat, picking her up off the ground, and carrying her into her bedroom,” where he threw her on the floor and fell on top of her, the affidavit alleged. She said “when Larry fell on top of her, she felt an immense amount of pain in her right shoulder,” screamed out in pain and her clavicle bone was sticking up under her skin, the affidavit alleged.

Another woman in the house called 911 for an ambulance, but not the police, the affidavit alleged. At the Stillwater Medical Center emergency room, it was determined that her clavicle was broken, the affidavit said.

Rice’s ex-girlfriend “reported Larry had strangled her multiple times in the past, and she was terrified of him. (She) advised me that Larry has used a handgun to threaten to take her life,” the detective alleged in her affidavit.

Rice’s ex-girlfriend “told me Larry has been using PCP a lot lately and his behavior while on the drug is very scary. She described him to be very volatile. She also told me that she was afraid to report previous incidents because she had no outward physical signs of injury and was fearful that law enforcement wouldn’t believe her,” the detective alleged in her affidavit.

The detective wrote in her affidavit, “I also know that strangulation signs and symptoms may not be immediately visible, and strangulation effects can be delayed. It should also be noted that nonfatal strangulation victims are at an increased risk for homicide after the first incident. In (her) incident, she described symptoms of being strangled to include: feeling faint, dizzy, and seeing ‘stars.’ She also described experiencing a change in her hearing, feeling panicked and trying to breathe. (She) also mentioned numerous incidents of strangulation before this incident.”