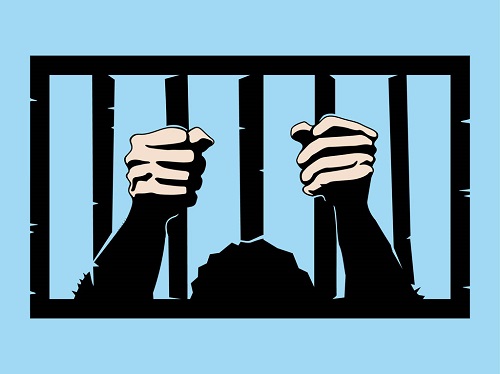 (Stillwater, Okla.) — An Agra man has been ordered to appear in court with an attorney Tuesday on a felony charge of stealing a 4-wheeler from a Cushing man’s property in the 900 block of W. Moses Street at about 2:30 a.m. on Oct. 4.

While officers were searching for the 4-wheeler, a caller said that a 4-wheeler was seen eastbound on 9th Street from Crestview Ave that was driven by a male “at a high rate of speed without any headlights or any other lighting,” in the dark, Cushing Police Officer Alex Gegen wrote in an affidavit.

“The individual stated he followed the male to the intersection of 9th and Norfolk, where the male pulled the 4-wheeler into a residence,” the affidavit alleged.

Master Police Officer Christopher Haywood and Gegen arrived in the area to help a sheriff’s deputy, who asked for assistance, the affidavit said.

“I walked through a tree line and then shined my flashlight in the area of where the sound was coming from. Once I shined my light, I observed a male on a 4-wheeler in the roadway,” Gegen alleged in his affidavit.

“The male attempted to drive the 4-wheeler, but it then died. I then shouted, ‘Cushing Police Department, stay where you are,” at the man who then raised his hands in the air, Gegen alleged in his affidavit.

“Hicks advised that he did not steal the 4-wheeler,” and claimed that he had messages from the owner that he could use it, the affidavit said.

“Hicks attempted to show messages (from the owner), but was unable to find any,” the affidavit alleged.

Hicks said that he went to the owner’s house where he left his motorcycle and got on the 4-wheeler, but the owner said that Hicks did not have permission to use it, the affidavit alleged.

“I asked Hicks how he was able to get the 4-wheeler since (the owner) had both sets of keys. Hicks stated, ‘I hot-wired it,'” Gegen alleged in his affidavit.

“Hicks stated we could ask his wife about it. He said that she lived right there. Hicks pointed to a residence that was next to the road where we were located. Hicks stated his grandpa lived there and his wife was there also,” Gegen alleged in the affidavit.

After Haywood went to the house, he said that no one by the name that Hicks gave lived there, nor did Hicks live there, the affidavit alleged.

Following Hicks’ arrest at 3:21 a.m. on Oct. 4, a baggy of a green leafy substance that tested positive as marijuana was found during a custodial search, the affidavit alleged.

Theft of a motor vehicle carries a maximum penalty of a five-year prison term and a fine of up to three times the value of the vehicle, court records show.