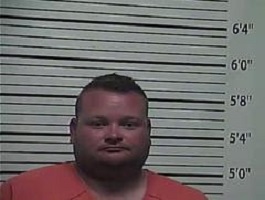 On October 2, 2019, Wewoka Police Department requested OSBI assistance in investigating allegations of a police officer raping a 14-year-old female high school student. The student told school officials that Wewoka Police Officer Wendell Birt (33) began conversing with her via SnapChat in May 2019. Over the course of several months, Birt allegedly asked the juvenile for sexually explicit photographs and received them. They met on three occasions in Wewoka, Okla., where Birt allegedly raped the juvenile.

Birt recently left the Wewoka Police Department and is currently working as a police officer for the Delaware Nation of Oklahoma.

The OSBI obtained an arrest warrant and the Bureau of Indian Affairs arrested Birt yesterday on the follow ing charges:

If you suspect a child is being sexually exploited as part of this case or any other, please contact the National Center for Missing and Exploited Children (NCMEC) at (800) THE-LOST or www.cybertiponline.com or the OSBI at (800) 522-8017 or tips@osbi.ok.gov.