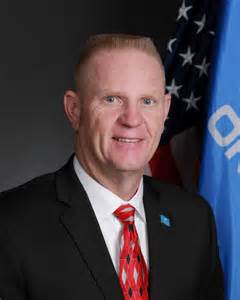 (Oklahoma City, Okla.)  The Oklahoma House of Representatives wrapped up the First Session of the 56th Legislature on May 26. At the end of the day, we passed a $6.9 billion budget, which is a slight increase over last year’s appropriated funds.

This session, we lawmakers faced a projected $878 million shortfall in the budget. We worked hard to find government efficiencies, eliminate waste and scale back ineffective tax credits, incentives and exemptions. By the final day of the legislative session, we had backfilled the entire shortfall. Lawmakers also implemented recurring revenue to the tune of $578 million. We expect to see much, if not all, of that money every year from here on out, and I’m confident those funds will help stabilize our state’s budget.

We worked tirelessly to craft a budget that held funding for most core agencies flat, and I’m relieved to say we were able to hold 15 agencies harmless. Those departments include public safety, the Oklahoma Health Care Authority and the Department of Corrections. A few of those departments, like Common Education, the Department of Human Services and the Department of Mental Health and Substance Abuse Services even saw increases over what they received last year. The Legislature’s budget is also one that ensured Medicaid provider rates will be fully funded this upcoming year.

Holding those agencies flat meant the Legislature had to enact smart, common sense cuts for the remaining state-appropriated agencies. The cuts averaged 4.2 percent, which is far less than what was initially projected.

The budget for Fiscal Year 2018 is far from perfect. There are things I’d like to see changed if everything were up to me. Cuts are rarely easy for agencies to absorb. However, there are still efficiencies to be gleaned. Despite all of that, we could not let perfect be the enemy of the good, and the fact that the Legislature did not crash state government with all the challenges we faced is just shy of a miracle.

Outside of the budget, the state took great policy steps this year as well. Lawmakers replaced the controversial A-F grading system currently in place for state schools, enacted laws to better protect our police officers, and Oklahoma also became a REAL ID-compliant state this session. This bill was one of the first to pass through both chambers, and Gov. Fallin signed it into law within the first month.

Overall, my first session in the Oklahoma House of Representatives has been exciting and energizing. I am honored the people of House District 33 elected me to serve, and it’s a privilege to represent all of you at our State Capitol. Thank you, and may God bless you and our great state.